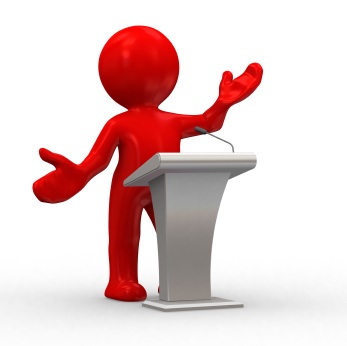 At Tuesday evening’s Meeting of Tewkesbury Borough Council, I was pleased to support a change in the Council’s Planning Policy which will allow the trial of public participation in Planning Committee Meetings for 12 Months.

As a result, Applicants, Developers, Objectors and Members alike will get the opportunity to speak to the Planning Committee when Applications are not determined or decided by Officers under Delegated Powers.

Unfortunately, at the same time, a Vote was also taken on raising the bar at which Applications will automatically be taken to the Planning Committee for Determination.

Given the already all-too-arbitrary nature of the Planning Process, this move has given me considerable concern, especially as it will not now be taken as read that a qualifying objection from a member of the public will not necessarily be enough to trigger Committee Determination, leaving many more Applications in the hands of Officers. I do not support this and voted against it.

An Amendment was proposed from the floor to address this, which was dismissed on the basis that any Elected Member will be able to ‘call-in’ any Application.

Sadly, the point was missed that local Members may not always agree with an objection which in the eyes of others could still be considered legitimate. Also, Members representing other Wards are unlikely to step in to help people they do not represent, unless the objectors are known to them, or become known to them in circumstances which would to many raise questions of propriety.

I am pleased that there has at least been a step towards giving local people more of a voice, even if it was clear that many of those supporting the vote were doing so very reluctantly and to the point that the Leader of the Council, Cllr Robert Vines (Conservative) openly said that it would make Planning boring.

I do have some concerns for Residents, based on my experience as a Licensing Committee Chair. Members of the public who attend public meetings to speak have to their great credit often committed a great amount of time and emotional energy into the process, and can clearly feel greatly intimidated just by the experience of speaking in such an environment, even before you consider that to do so may clearly be making a statement which runs contrary to that of seasoned professionals who are present and ready to pick holes in anything they say.

When Residents objecting to a planning application come to discover that the effort they have made has not made the impact that they had hoped, or even come away realising that their contribution will make no difference at all to a Planning Application – which is a significant risk given the state of the Planning System – I would question the validity and justification for putting people through this at any level.

However, like everything, we do have to start somewhere and moving forward in any sense has to be positive. I will certainly encourage any Resident I am representing who is making an objection to a Planning Application to participate if they wish to do so.

We can only hope that the 12 month ‘test’ opens the door to the TBC Planning Committee finally accepting the legitimacy of local opinion, rather than the trial being used as an excuse to close the door on localism in its legitimate sense for another generation – which judging by the behaviour of many Councillors at Tuesday’s Meeting is sadly a very big risk.

image thanks to source unknown